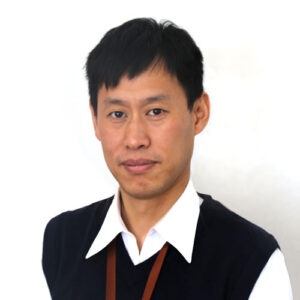 From the early fixed to retractable, and then from the fixed double box to moveable double box, container crane spreader function is increasingly rich, operating efficiency is gradually improved, the technical requirements are increasingly complex: from the earliest straight line control to the need for a dozen input and output points, and then to the current need for independent programmable logic controller system and communication system. There are two modes of communication between the spreader programmable logic controller system and the crane host system: point-to-point and two-wire system. In the point-to-point communication mode: the spreader transmits spreader signals and commands to the host programmable logic controller through the pendant cable to achieve the corresponding programming control. Restricted by the number of spreader

The communication mode faces bottlenecks in command signal transmission, real-time monitoring, remote maintenance and other function expansion due to the limitation of the number of pendant cable cores. In the two-wire communication mode: the spreader uses two cores of different functions to transmit information to the host through the corresponding communication protocol, and the host programmable logic controller completes the corresponding programming according to the data transmitted by Profibus DP. At present, the container crane equipment in the more widely used two-wire communication mode mainly actuator-sensor interface (actuator-sensor interface, ASI) bus system and controller local area network (controller area network, CAN) bus system two modes.

As a distributed input and output bus technology widely used in modern industrial control field, ASI bus system realizes the connection with various common field buses (such as Profibus DP, Profinet and CAN, etc.) through the bus network of bi-directional communication between actuator-sensor and master controller and with the corresponding gateway function. In the traditional container crane

(1) Master module The ASI bus master module is equivalent to the “brain” of the whole system, which can complete the communication task with the slave station within one scanning cycle and realize the functions of data sending and receiving, function parameter configuration and system diagnosis based on its internal integrated circuit chip and special microprocessor. The spreader ASI master station mostly uses Siemens CP343-2 module, and adopts Siemens S7-300 electronic control system, which can realize the coordination and communication between the spreader ASI bus network and the Profibus DP network of the crane host, and then realize the unified and effective operation of the electronic control system.

(2) from the station module ASI from the role of the station module is to connect the field input and output devices, ASI bus system outdoor module generally adopts a rubber seal structure, protection level of IP67, can better cope with the outdoor environment and the larger impact, so it meets the container crane spreader working conditions demand. At present, more applications are Efma AC24XX series digital slave module and Siemens 3RK1207-2BQ40-0AA3 analog input slave module.

The wiring of ASI bus system for container crane spreader is simple, supporting various bus topologies and adopting star connection wiring method, which is convenient for construction; the relevant modules and cables use piercing installation method, which helps to improve installation efficiency, reduce construction difficulty and save construction time. However, ASI bus system also has obvious disadvantages: if the signal transmission distance exceeds 100 m, the communication quality will be degraded due to signal instability. At present, with the continuous development of the trend of large-scale ships, container crane lifting height gradually increased, the signal transmission distance of the relevant communication system also increased accordingly; therefore, the above-mentioned shortcomings have become a bottleneck to restrict the promotion and application of ASI bus system. In addition, the ASI bus system analog signal transmission is slow, if the spreader system has multiple analog signals, the signal transmission cycle is long, which will directly affect the spreader telescopic positioning accuracy.

CAN bus is a kind of field serial communication protocol bus developed by Bosch, which is initially used in the automotive field and can use twisted pair to transmit signals. The CAN bus system includes three physical layers, such as physical layer signaling, physical media attachment and media slave interface, two data link layers, such as media access control and logical link control, and the CANopen application layer. The advantages of CAN bus system include:

(1) Controller The controller, also called master, is the command center of the CANopen system and is responsible for communication with the slave stations with functions such as configuration of functional parameters, data sending and receiving and system diagnosis. The controller is mainly composed of calculation and processing chip, memory, input and output points, CANopen communication port, etc. Container crane spreader selected controller mostly for the Efma CR0020, CR0505, CR0032 series controller.

(2) CAN module Module is also called slave station, CANopen system can be connected in parallel with multiple slave stations. The master and slave are connected via CanH and CanL communication cables. The communication cable can use ordinary cable, but when laying with the power cable must use the cable with shielding layer. The slave stations selected for container crane spreader are mostly Efmain CR9056 and CR9058 series slave stations. A single Efmain CR series from the station can mount up to 16 input and output interfaces, that is, each slave station can access up to 8 inputs and 8 outputs of physical signals, and at the same time support the switch and analog signal input.

CAN bus system adopts two-wire serial communication mode, with strong error detection capability, and can work in high noise and interference environment, and has the advantages of stable physical layer, strong real-time, long transmission distance, strong anti-electromagnetic interference capability, and low cost of use, etc. CAN bus system adopts sub-module operation mode, and each module operates simultaneously, and has reliable error detection and error handling mechanism: when the sent signal is damaged, it can automatically When the sent signal is damaged, it can be retransmitted automatically, and the node can exit the bus automatically in case of serious error to avoid “deadlock” of the bus due to individual node error, thus greatly improving the safety and reliability of container crane spreader work. In addition, the CAN bus system cable laying simple, the number of cores less, breakthrough spreader original pendant cable core restrictions, to achieve analog signal transmission, greatly enrich the spreader function. However, it should be noted that the electric spreader’s inverter motor control interferes with CAN bus communication, and although the interference can be reduced by shielding and grounding measures, it cannot solve the problem fundamentally. It can be seen that the CAN bus system for container crane spreader anti-interference ability of various working conditions still has room for improvement.

At present, with the rise of automated container terminal construction, container crane spreader-related technology is also gradually innovative, the market has appeared with fiber optic spreader pendant cable, but there are higher prices, shorter service life and other shortcomings. With the rapid development of wireless communication technology, industrial Ethernet, especially the gradual application of industrial wireless technology, it is expected that in the near future, the communication mode between the container spreader and the crane host will be gradually optimized and improved.

What is a lashing capacity 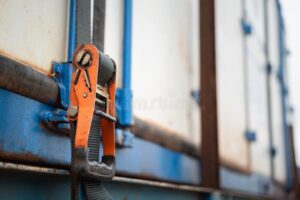 What are the different types of cargo lashing 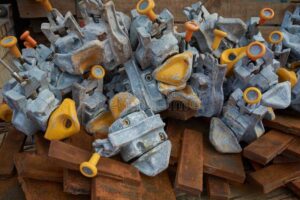 What are container fittings 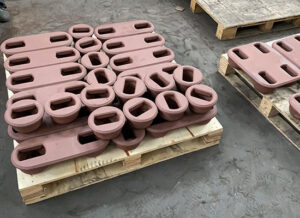 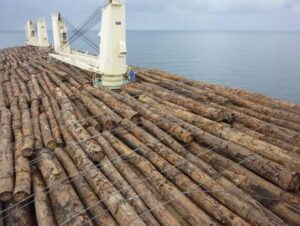 The ultimate guide to shipping and tying logs 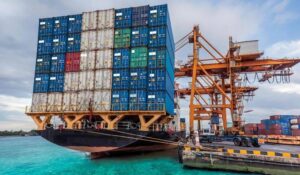 Stay up to date.

Sign up our newsletter for latest article and news.

What is a lashing capacity

What are the different types of cargo lashing

There are many different types of cargo lashing, each with its own benefits and drawbacks. In this blog post, we’ll take a look at the

What are container fittings

Fixed lashing equipment is an important part of cargo securing because it helps distribute the load evenly. This prevents damage to both the cargo and

Ask for a Quote

Sign up our newsletter to get update news and article about company.

Ask For A Quick Quote

We will contact you within 1 working day, please pay attention to the email with the suffix “@goseamarine.com”.